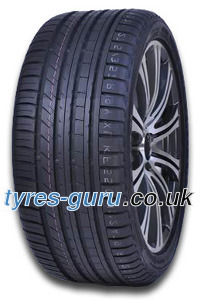 Incredible Kinforest Tyres only for you

The Kinforest Tyre Co. Ltd. was first established in late 2007. The roots of the organization date back to as early as the year of 2000 when it bought tyre production technology and equipment from another company called Firestone. In the year of 2006 Kinforest formed a joint partnership with the company, Continental and finally in 2007 the Kinforest Tyre Co. Ltd. was set up. The Kinforest, Starlake, Dailway and Mayrun brands are based on the Kinforest Company. Their huge catalog of products includes light truck tyres, UHP tyres, winter tyres and passenger car tyres. All the products of the company have received certifications from INMETRO, S-MARK, SABSAND, NOM, DOT and many other international and domestic certification organizations. The company is also the first Chinese tyre manufacturer to gain the ECE rolling sound certification.

Achievements of the Company

Today the company has over 2500 workers which is a sign of their huge success. The products of the company are sold in more than 170 different countries and are available in every continent of the world. Kinforest exports more than one million tyres worldwide which have a value of over 30 million. The company has made some huge achievements in the tyre industry in recent years. It claims to have produced the first 20-inch ultra-high-performance tyre of China with a size of 245/35R20 Y. Another landmark was the production of a tyre that can be used successfully at temperatures as low as -30 degrees. The tyre is a Z-rated ultra-high-performance tyre with a size of 205/55R16. Due to these new innovations the company has gained international recognition and is seeing an increase of customers in the international market.

Receive news and information on tyres, offers and competitions